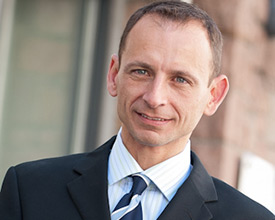 Operating from the firm's London office, Jack leads a team of lawyers providing time-zone sensitive, dedicated BVI and Cayman Islands law assistance to clients based in Europe and Africa.

Jack is ranked as a Tier 1 lawyer by Chambers and Partners (2016/17 edition) and as a recommended lawyer by Legal 500, International Financial Law Review and PLC Which Lawyer.

Jack initially practised with a New Zealand law firm undertaking a wide range of corporate and finance work. He then joined a major French investment bank in London primarily working on structured finance and commodity derivative based transactions. Thereafter Jack joined the Structured and Asset Finance team at Norton Rose in London where he worked for four years specialising in structured and asset financings and on a number of infrastructure projects (including several prominent PPP and PFI projects) before joining Walkers in 2001.

2020 Chambers Global Guide - Notable Practitioner (Corporate & Finance/Offshore) - "He is highly experienced, responsive and a pleasure to work with."

2018 Chambers Global Guide - Notable Practitioner (Corporate & Finance) - "Clients report that "he has been excellent to work with."

"Jack Boldarin is regularly called upon for his in-depth knowledge of a diverse range of corporate and financing matters. Sources reveal that 'he makes you feel that you're the only person he's dealing with,' and note his 'very commercial and very practical advice'." - Chambers and Partners

2015 Deal Maker of the Year award (2015 Winner) - Finance Monthly Awards for acting on United Capital Partners Group sale of a 48% stake in VK.com to Mail.ru Group for US$1.47 billion

2014 - India Deal of the Year award (2014 Winner) - India Business Law Journal for acting for United Spirits, the world's second largest spirits company, on its £370 million debt refinancing in relation to its acquisition of Whyte & Mackay