From our vantage point as advisers to many of the world’s top hedge fund managers, broad market forces flow through to our instructions, and ultimately drive many of the terms of the funds we advise.

In this series we take a look at what we have been seeing in the investment funds world. Part two will focus on hedge funds.

A strong year for equity and credit launches
Equity-focussed funds have been among the top performers so far in 2017, and we have launched significantly more equity funds than any other strategy. Demand for credit funds has also remained high, as a strong run of returns and continued innovation on the part of managers in disrupting traditional credit markets continues to attract investors. Credit managers in particular have been at the forefront of challenging traditional hedge fund / private equity boundaries, using flexible Cayman structures to borrow elements from each and create innovative hybrid funds or to restructure existing funds to fit the changing investor demands. Strong performance in event-driven and macro strategies has also led to more launches in these areas compared with 2016. 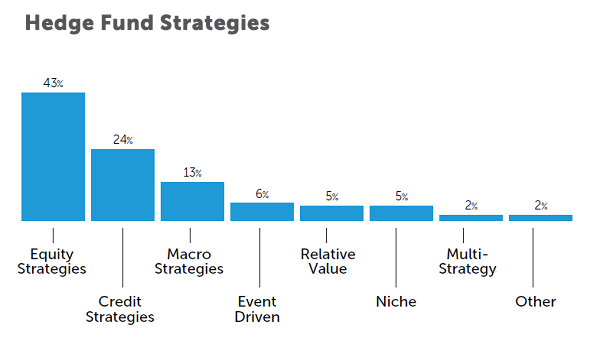 Fees remain under significant pressure in regulated funds
In prior surveys, we had observed that management fees remained fairly consistent at the 2% level, with managers being more willing to lower their performance fees from the traditional 20%. This year, pressure on fees has extended to management fees, with less than 10% of the funds launching with a 2% management fee.

In one sense, this trend is to be expected, as investor surveys have repeatedly found that investors are generally frustrated by management fees whilst remaining willing to reward genuine performance. It follows that the fixed element of the fees should be under the most pressure. However, headline rates do not tell the full story: it has become common for managers to reduce management fees with individual investors in a side letter, whilst keeping the headline rate in the offering document at 2%. Consistent with other industry surveys, we see most hedge funds launching with a headline fee rate between 1.5% and 1.75%.