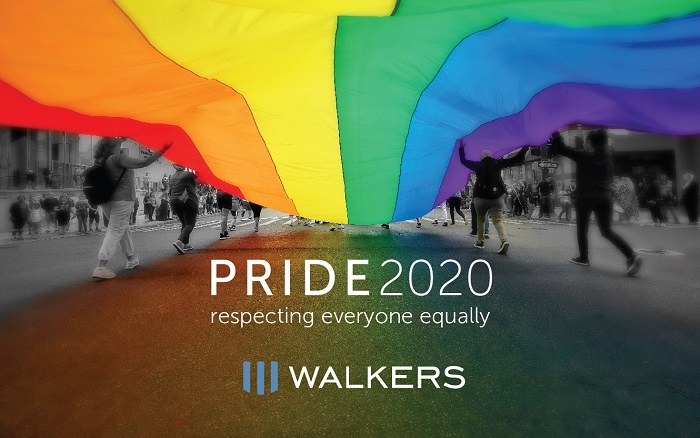 As part of Pride 2020, Walkers Ireland hosted a number of initiatives including a Virtual Pride Coffee morning on Wednesday, 24 June with Senators David Norris and Ivana Bacik, Chris Murnane, Chair of the OUTLaw Network, and Oliver Wall, Chief of Staff and Head of Corporate Affairs at Bank of Ireland.

During each day of the June Pride festival, we also shared a daily calendar 'Thought of the Day' to enable our staff to reflect on the milestones achieved by society in Ireland and elsewhere both by and in support of the LGBTQ+ community. Each calendar image included a video link showing Walkers' staff celebrating diversity, inclusion and belonging every day.

Our virtual Pride event opened with D&I lead partner, Nicholas Blake-Knox setting the scene and outlining the themes and topics which were to be explored during the discussion including:

D&I committee member Michael Dyulgerov then introduced OUTLaw Chair, Chris Murnane and invited him to speak on his own background and the work OUTLaw does and how Walkers staff can get involved in their events and initiatives. Following this discussion, Employment Partner Susan Battye then introduced a coffee discussion with HR Director Frank McCracken and Bank of Ireland Chief of Staff and Head of Corporate Affairs, Oliver Wall. Chris Murnane also joined the coffee discussion and gave the OUTLaw perspective as well as his law firm insights as a Corporate Associate with DLA Piper. Oliver Wall discussed how Ireland has come such a long way since Senator David Norris became the first openly gay Senator and took a case against the state which eventually resulted in the 1993 decriminalisation of homosexuality in Ireland. Oliver also touched upon his learnings from his time in the UK and his involvement with Stonewall and gave his views on how to effect change in large organisations in terms of encouraging and embracing diversity, inclusion and belonging. Oliver then spoke on Bank of Ireland's recognised 'With Pride' support network which drives representation and inclusion of LGBTQ+ people. Frank McCracken spoke about Walkers equal opportunities policy and how we want everyone in Walkers to be proud of who they are and know they will be protected from any form of discrimination. Chris meanwhile spoke about how firms like Walkers can encourage further allyship and bring together LGBT+ people and allies both in Walkers and across the legal sector.

During the coffee discussion pre-recorded video interviews with Senators David Norris and Ivana Bacik were played during which they gave their insights on LGBT+ rights and related legislation, the 2015 Marriage Referendum and the 2020 Programme for Government taking account of LGBTQ+ rights. Both Senators also gave their own personal reflections on the roles that they have played in developing LGBTQ+ rights here in Ireland and on the milestones that they helped our society to achieve. Short video highlights of the interviews with Senators Bacik and Norris can be viewed via the links provided below.

Walkers Ireland D&I committee were grateful to our staff for their engagement across our various Walkers' Pride 2020 initiatives and to our guest speakers. In lieu of a speaker's gift, each speaker has nominated a charity or an organisation that Walkers will contribute to on their behalf. These charities include: BeLonG To, Sister Stanislaus Kennedy and Focus Ireland and the Women's Aid Ireland.