Walkers was nominated in a number of categories at the 2016 Finance Dublin Deals of the Year awards and was ultimately awarded two deals of the year for advising on the following significant transactions:

Walkers Ireland advised UnipolSai Assicurazioni S.p.A. (UnipolSai), the major operating company within the Unipol Gruppo Finanziario S.p.A. (the Unipol Group), on its debut €200 million catastrophe bond issued through Azzurro Re I Limited, an Irish special purpose reinsurance vehicle authorised by the Central Bank of Ireland. The Unipol Group is the third-largest group in the Italian insurance market, providing all classes of life and non-life business. UnipolSai is the largest non-life insurer in Italy with a market share of approximately 30%. This transaction is the first securitisation of earthquake risks in continental Europe on an indemnity basis. Whilst there have been a few cat bonds which have securitised European earthquake risks in the past, none have done so on an indemnity trigger basis.

Walkers advised Bohai Leasing on its €6.5bn acquisition of Avolon Holdings. Walkers Cayman was led by partner Tim Buckley and Walkers Ireland was led by partner Jonathan Sheehan, who advised on aspects of Cayman Islands law and Irish law respectively. This was one of the largest M&A deals in Ireland in 2015 and represents one of the largest Chinese acquisitions in the aircraft leasing market in a decade. The combination of Avolon, with the other aircraft leasing interests of Bohai Leasing and its majority shareholder, HNA Group, comprises a total fleet of more than 500 aircraft – the world's fourth largest aircraft leasing business by asset value. The deal endorses the marketing leading position of Ireland as a global hub for aircraft leasing, with Avolon remaining headquartered in Dublin. 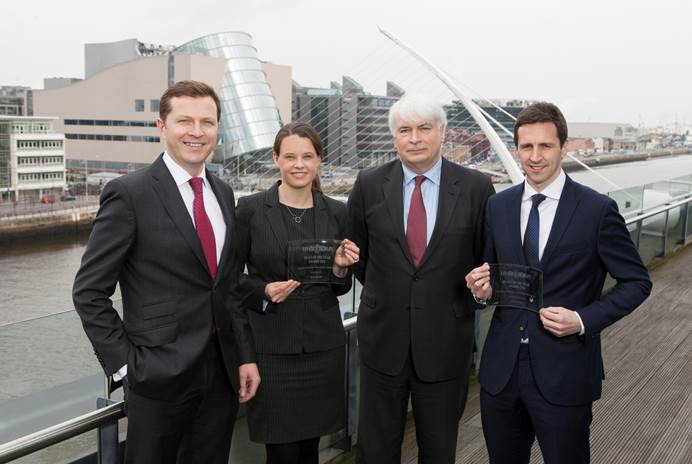