While we may not be able to see our friends and colleagues in Grand Cayman this year, Walkers is sponsoring the virtual GAIM Ops Connect series.

Walkers leads the way with 10 "Band 1" practice area rankings (out of a market leading 23 practice areas) and an overall "Band 1" ranking in 'Global Offshore'.

Walkers (Bermuda) Limited is pleased to celebrate the five year anniversary of its Bermudian operations in Hamilton, Bermuda.

Walkers is a leading international law firm. We advise on the laws of Bermuda, the British Virgin Islands, the Cayman Islands, Guernsey, Ireland and Jersey. 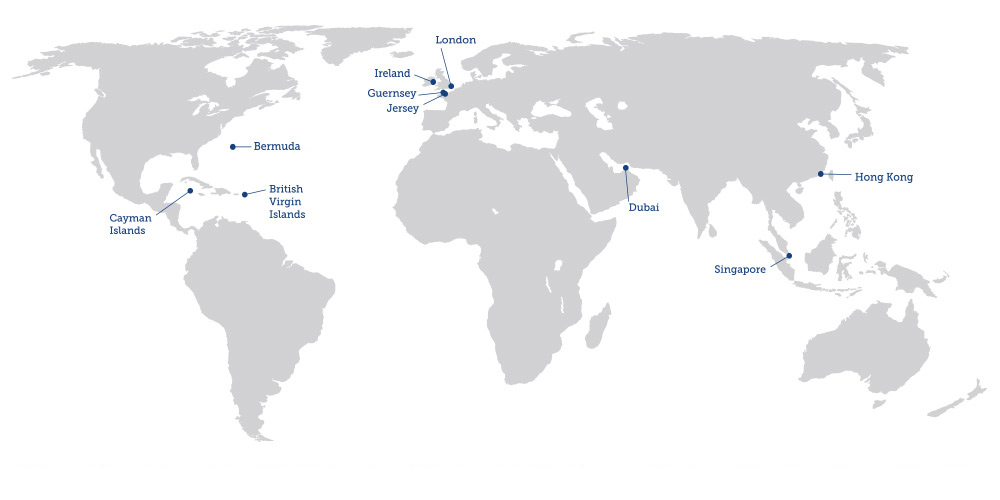 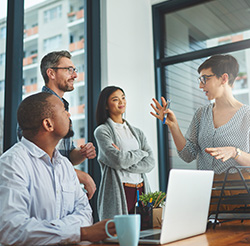 At Walkers we are committed to building a diverse and inclusive workplace where everyone can feel comfortable, happy and confident in an inclusive environment.

Leading international law firm, Walkers, is pleased to announce that it has been named "Offshore Law Firm of the Year" for the second consecutive year at the Chambers Asia-Pacific Awards 2021. Chambers and Partners introduced the offshore category to its accolades in 2020, with...

Walkers is pleased to have acted as Bermuda counsel to Our Kettle, Inc in relation to the formation of Kettle Limited in Bermuda and its recent granting of a Bermuda Innovative Agent Licence. This insurtech sandbox licence represents an innovative and exciting new source...

Walkers Ireland LLP is pleased to announce high rankings across Legal 500 2021, being ranked across ten practice areas and 12 senior lawyers being recognized by the guide. Commenting on the recently released rankings, Managing Partner Garry Ferguson, said: "The ongoing support and positive...

In Ireland, The Criminal Justice (Money Laundering and Terrorist Financing) (Amendment) Act 2021 (the "Act") has been signed into law by the President and is expected to be commenced shortly. The Act transposes the Fifth Anti-Money Laundering Directive into Irish law and effects certain...

Trust me – It was a Mistake! Latest Guidance on Mistake in Trusts Law in Jersey and Guernsey

Earlier this year, the Jersey Royal Court handed down its decision in In the Matter of the Noor Trust. The judgment highlighted important findings in relation to the concept of mistake in trusts law and, in particular, it affirmed that a mistake may be...

Finance parties in a transaction frequently use structured vehicles using a borrower orphan as an instrument to secure their position. This is due to the nature of an orphan trust and the independence of its directors which provides an extra degree of comfort when...

Professional Services: A flight to quality

Thirty years ago, the Cayman Islands financial sector was in a very different position. The island population was a little over 27,000 – less than half its current size – and the concerns of the day were the potential effects of the Gulf War...

Recent years have seen a trend towards consolidation in the financial services industry; the BVI is no exception and mergers and acquisitions involving licensed trust companies and corporate service providers have been a consistent theme of the past few years.Walkers has the leading offshore...

Read More
The Workplace Relations Commission ("WRC") has published a new Code of Practice for Employers and Employees on the Right to Disconnect ("Code"). It is effective immediately and applies to all types of employment.  Although the Code does not create any new substantive rights for employees or offences for an employer, it is intended to practical provide guidance and best practice to employers and employees in relation to the right to disconnect.

The Bermuda Registrar of Companies (the "Registrar") has implemented a number of changes in relation to the Economic Substance Act 2018, the Economic Substance Regulations 2018 (each as amended) (the "Economic Substance Laws") and the related Guidance Notes issued by the Minister of Finance on 18 September 2020, which entities should take into consideration in advance of filing their economic substance declaration for the 2019-2020 relevant financial period. These changes have been implemented by the Registrar in response to reviews completed by the EU Code of Conduct Group on Business Taxation and are consistent with Bermuda's ongoing commitment to comply with international standards.

On 12 March 2021, the Central Bank published a copy of a letter dated 10 March 2021 which has been sent to the chair of the board of certain fund management companies ("FMCs"). The FMCs to which this letter was issued are those that were surveyed last year as part of the supervisory exercise involving investment funds that have significant exposures to corporate debt and real estate assets. While the letter is specifically addressed to these specific FMCs and relates to a sub-set of the funds managed by those FMCs, the Central Bank notes that the findings from the exercise which were published in a report by ESMA in November 2020 more broadly are important and should be noted by all FMCs.

Specific action is required by FMCs that received this letter. The contents of the letter need to be brought to the attention of all members of the board of the FMCs, the relevant designated persons and to the relevant responsible person(s) within delegate fund service providers. Consideration of the contents of the letter is required to be concluded and the results presented to and approved by the board of the FMC no later than the end of June 2021, with an action plan to take any necessary steps promptly and in any event no later than the end of December 2021.

The Central Bank requires firms that received the letter to consider how their liquidity risk management frameworks and fund structures should be adapted to take into account the experience and lessons learned from the market and redemption activity in 2020 and the findings of ESMA's report. The Central Bank expects consideration to be given to the steps that are needed to increase funds’ resilience to future shocks and states that the following are important in considering what changes may be required:

ESMA's report identified five priority areas for action which would enhance the preparedness of these fund categories for potential future adverse liquidity and valuation shocks:

In this report, ESMA notes that some funds presented potential liquidity mismatches due to their liquidity set up, which should be addressed, and that this is especially the case for funds investing in asset classes illiquid by nature while offering a combination of high redemption frequency and short notice periods. In addition, ESMA states that concerns around the valuation of portfolio assets have clearly emerged, especially for real estate funds for which the crisis could have a more significant impact over the longer term and notes that real estate funds do not frequently adopt LMTs in their liquidity set-up. Against this background, ESMA notes that fund managers authorised under the UCITS and AIFM Directives should enhance their preparedness to potential future adverse shocks that could lead to a deterioration in financial market liquidity and valuation uncertainty.

Bills to bring in significant amendments to the BVI's trusts and probate legislation were gazetted on 12 March 2021. Below is a summary of the headline changes.

The Trustee (Amendment) Act, 2021 introduces a range of important new and updated provisions into the BVI's Trustee Act, 1961, including:

The Probates (Resealing) Act, 2021 expands the regime for resealing of foreign grants of probate or letters of administration by the High Court. Previously it was only possible to reseal grants from a limited number of jurisdictions including the United Kingdom and certain British territories. The new Act provides a detailed and comprehensive list of more than sixty jurisdictions which will be recognised for the purposes of resealing including all Commonwealth countries, Hong Kong and the United States.

These amendments are set to enhance further the BVI's standing as a leading jurisdiction for trusts and private client business. Walkers will be publishing a more detailed analysis of the new legislation, expected to come into force shortly, on our website.

The second Plenary of the Financial Action Task Force (“FATF”) under the German Presidency took place on 22, 24 and 25 February 2021. As part of the Plenary outcomes published on 25 February, the FATF recognised that the Cayman Islands has satisfied 60 of 63 actions to strengthen its anti-money laundering, countering terrorist financing and countering proliferation financing measures that were prescribed in the Mutual Evaluation Report published by the Caribbean FATF in March 2019. The Cayman Islands has been included on the FATF’s list of “jurisdictions under increased monitoring” (“Monitoring List”) pending completion of the final three actions. The inclusion of the Cayman Islands on the Monitoring List has no direct consequences for investors or clients using Cayman Islands structures.